Location: The famous Mahabaleshwar temple is located at a mere distance of approximately 6 Km. towards north from the main town of Mahabaleshwar on a road called Old Kshetra Mahabaleshwar.

Description: The main deity worshipped in the temple is Lord Shiva. The temple is enclosed by a wall that is approximately 5 feet in height and has been made from stones. The Mahabaleshwar hills have been named after Lord Mahabali, whose name stands a symbol of strength. The temple has been partitioned into two distinct sections, one is called the inner room and the other is called outer room. God Chamber is the name given to inner room while the outer one is called the central hall. The holy site where prayer is offered is called Swayambhu, which has a lingam made up of black stone. Lingam is considered to be an incarnation of the god and is approximately 500 years old. It is believed to be originated on its own and possess the shape of Rudraksha and is often referred as Mahalingam.

This temple is visited by numerous local folks and tourists. The trishul of Lord Shiva along with his Damru, Rudraksha and one bed has been preserved in this temple and these are around 300 years old. The temple also houses a square shaped platform made up of gold. According to legendary tales, Shiva ji, who was a Maratha Ruler, weighed his mother Jijabai in this platform made up of gold and later on gave this as charity.

Other Attractions in Mahabaleshwar 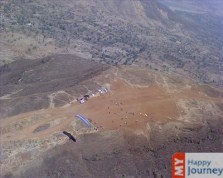 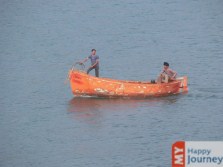