Another renowned cave of Pachmarhi, it is believed to be a place where the Pandavas took shelter for some time during the time of their exile. Carved on a squat and small hillock, these caves also became the shelter of Buddhist monks in the 1st century.

In total there are five caves, which are named after Pandavas and Draupadi. Out of all, the Draupadi Kuti is the most clean and the airy cave, however the darkest one is named after Bhim.

There is a lot of confusion about its history. As per the archaeologists, it has no connection to the period of Pandavas and it was actually made by Buddhist monks in the Gupta period. But as per legends, it is the cave related to Pandavas, and this legend associated with it is probably the main reason why it attracts so many travelers from all over the world, every year. 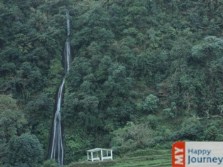 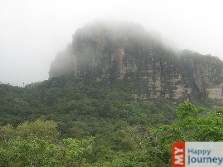