Location: Dedicated to Lord Krishna, Banke Bihari Temple is located near Banke Bihari Bazaar in the holy city of Vrindavan.

Description: Lord Krishna is popular by numerous names, the meaning of which is as beautiful as Lord Krishna. Similarly, Banke Bihari denotes the image of deity in Tribhanga posture or tri-bend pose in the shrine. Here, Banke means “bent in three places” and Bihari means “supreme enjoyer”, as Krishna is depicted in his life. There is an enthralling folklore about this temple that really attracts devotees towards this temple of Lord Krishna. Once, a Hindu priest buried the image of Banke Bihari to protect it from being destroyed by the Mughals. After long time, the famous Guru of Tansen, Swami Haridas was passing through an area and was very tired. So, he decided to rest here and fell asleep. He saw a dream in which Lord Krishna appeared and told him that he should dug this place as his image is buried where he was sleeping. Swami Haridas did same as Krishna told him. After digging this place he found the image and enshrined it in the Banke Bihari Temple.

Activities: Jhulan Yatra is a popular swing festival of Lord Krishna celebrated here. On this day, a number of sliver plated ornamental swings are displayed for the devotees to see. 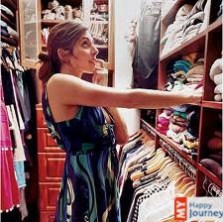