Gulmarg has numerous places of interest and plenty of adventure activities to lure tourists all round the year, amongst which golf is another major attraction here. It was the British, who used ski resort as an ideal place for playing golf, which later became a perfect holiday destination.

Later in the year 1890, Colonel Neville Chamberlain laid its foundation, which is presently known as the Golfing Mecca of India. Earlier it was 6 - hole course and by 1896, under the supervision of Raja Amar Singh, more holes were introduced. Subsequently government of Jammu and Kashmir took initiative and after several amendments, chief minster Mr. Omar Abdullah and Ranjit Nanda & associates inaugurated this golf club on 18th September 2011.

Presently the club is managed by Jammu and Kashmir Tourism Development Cooperation and is adorned with 16 different varieties of flowers and lush greenery. For golf enthusiasts, the club management offers 72 pars and 18 holes golf course and the opportunity to register for temporary membership.

Other Attractions in Gulmarg 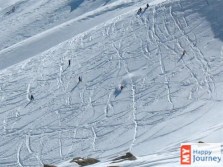 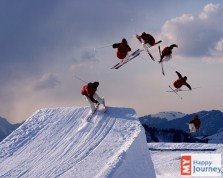 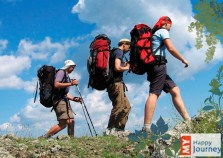