Planned and designed under the observation of Le Corbusier, the design of Chandigarh is similar to the human body, where The Capitol serves as the head of the city. The splendid architecture and breathtaking design of this complex, is a prominent driving force behind the adornment of Chandigarh.

The complex houses the seat of Punjab and Haryana Government, which initially served as the only seat for the Punjab Government. In addition to this there are three main edifices of the complex, namely the Secretariat, the High Court and the Legislative Assembly. The government has proposed a new plan, which states the need of another building. This fourth structure will be the Raj Bhawan, which is similar to the Museum of Knowledge and the Governor's Palace.

The entire structure stands majestically and represents as the backbone of the sovereign India. These there masterpieces reveal the structural vividness of its craftsmen and are often visited by tourists in huge numbers. 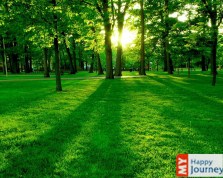