One of the most popular memorials of Shri Narayana Guru, the Sivagiri Mutt is situated at Varkala in Thiruvananthapuram district of Kerala. It lies just 3km from Varkala on the banks of the Thiruvananthapuram-Shoranur canal.

The ashram celebrates Guru Deva Jayanti (in August) and the Guru Deva Samadhi (in September) every year, along with seminars, public meetings, cultural shows, community feasts and special rituals.

The ashram, open from 5.30 am to 12 am and 4.30 pm to 6.30 pm, attracts a lot of devotees from different parts of Kerala and even outside. Other attractions close to the ashram are the famous Janardhana Swami Temple and the Varkala Beach. 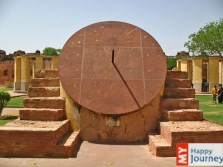