This temple was constructed in the 10th century. This temple follows Shikara style of building and is considered as one of the greatest and oldest of all the temples that exist in Chamba. The temple darshan has two timings; first is from 6 am that continues up to 12:30 pm and second is from 2:30 pm to 8:30 pm.

A total of six statues exist in this temple that is devoted to either Lord Shiva or Lord Vishnu. The prime statue of Lord Vishnu is made up of rare pieces of marble that have a shining appearance, which gives a prominent look to this statue. There are statues devoted to other Gods like Radha Krishna and Gauri Shankar. The temple is composed of mandappa, Bimana and Garbgriha. The construction of this temple has been engineered in such a way that matches the environment of the nearby surroundings. 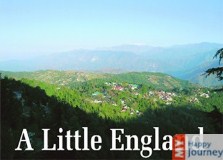