Location: Also known as Bara bagh, this is a garden situated at a distance of 6 km to the north of Jaisalmer on the Ramgarh Road. It lies halfway between Lodhruva and Jaisalmer.

Description: It is believed that Jai Singh II, the maharaja and founder of Jaisalmer, in the 16th century established a dam to build a water tank. Under his rule, the desert was converted into a green land. In the year 1743, after the death of Jai Singh, Lunkaran, son of the maharaja, constructed a chhatri and garden that lie next to the lake. After that, a number of cenotaphs were built for the maharajas. The last cenotaph, that was meant for the ruling raja of the 20th century, Jawahar Singh, remained unfinished post India’s independence. A massive structure, the dam has a length of 1200 ft while width wise it measures 350 ft.

Activities: At the Bada Bagh tourists can have a look at three different things, a dam, a garden and a tank. In the neighborhood, visitors can also view the Govardhan Stambh. This pillar is inscribed with the names of dam and water tank. These names are so placed to honor Jait, the man who constructed the tank and the dam.

Other Attractions in Jaisalmer 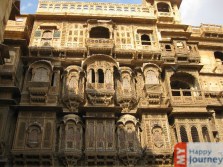 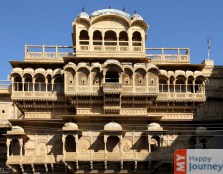 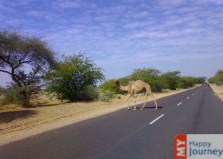