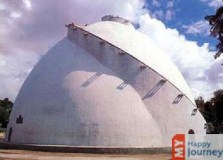 Bihar, located to the Northeast of India shares its border with the neighboring country Nepal. It is one of the oldest states of the country. The name Bihar originated from the word Vihar, which means monastery. Bihar is popularly known as the ‘Land of the Buddha’ and it has rich cultural heritage, evident from the copious ancient monuments that are strewn all over the state. The state of Bihar attracts tourists from all across the world. The hospitality and affection of the local residents allures myriad tourists all through the year.

Bihar has always been a famous pilgrimage hub for Hindus, Jains, and most particularly Buddhists. It is believed that Lord Buddha sat under a ‘Bodhi’ tree and attained enlightenment near Bodhgaya in Bihar. A progeny of the same tree thrives in Bodhgaya even today. Nalanda, a renowned Buddhist University that originated in the 5th century AD is situated in Bihar. Rajgir, a famous pilgrimage site for Buddhists and Pawapuri, the place where Lord Mahavira took his last breath, is close to Nalanda. The Nalanda and Vikramashila University were among the oldest and best centers of learning in ancient India, though they were ruined by Islamic invaders during the medieval period. Bihar was the area where Buddhism emerged and finds reference in Epics, Vedas and Puranas. It was one of the remarkable facets that have made it an important place and added to evolution of diverse cultures.

Bihar is a vast stretch of rich and fertile land, owing to the presence of copious rivers namely, Ganges, Sone, Koshi, Baghmati, Falgu and Budhi Gandhak to name a few. Central Bihar has some small mountains, such as the Rajgir Hills; to the North is the mighty Himalayan range, while towards the South is the Chota Nagpur Plateau, which after 2000 has emerged as a separate state, called Jharkhand.

According to the census of 2011, the population of Bihar stands at around 24 million. Hindi is the official language, whereas Urdu is the second official language of the state. Some of the most widely spoken languages in Bihar include Bhojpuri, Angika, Magadhi, and Bengali.

Residents of Bihar have a rich cultural tradition. They are fond of celebrating festivals. An ancient and major festival is Chhath, also known as Dala Chhath, which is celebrated twice a year, once in the summer called Chaiti Chhath and once after Deepawali called Kartik Chhath. Other festivals such as Teej and Chitragupta Puja are also celebrated with great grandeur and fervor throughout the state. Shravani Mela is a month long fair organized during the lunar month of July- August every year, where pilgrims known as Kanwaris collect water from the sacred river bank at Sultanganj and walk a 108 km route barefooted to bathe a sacred rock (Shiva Linga) at Deogarh.

Places to visit in Bihar

Bihar is full of tourist attractions that keep the tourists flocking all the time. Aside from Patna, capital of Bihar, there are many places that are worth visiting. Some of the major attractions include Nalanda museum, Hiuen –Tsang Memorial Hall, Surya Mandir, and the Nav Nalanda Vihar. Tourists can spend a day or two having a look at the libraries, museums and temples. One can bring home some exotic handicrafts, paintings and tribal jewelry. 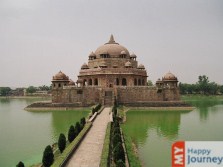