The state of Orissa is situated on the eastern coastline of India, all along the eastern borders in the country. The coastline is pretty long and Bay of Bengal takes the credit for this. Orissa is surrounded by West Bengal on the northern side and Chattisgarh on the Western, while Andhra Pradesh lies on its Southern side. Orissa is amongst the largest states of India. The land of Orissa is famous for its history and experiences many cyclones because of its geographical location. Orissa is a popular destination amongst travelers. With blue waters and beaches with fine golden sands, the region of Puri is a perfect spot to spend your day in the tropical Indian sun in the middle of awesome beaches and sands.

The main places of interest here are Puri, Bhubaneshwar and Konark.

Bay of Bengal is located on the eastern side of Orissa and is loaded with river basins in abundance. The soil in the region is fertile. This region is a gift of six rivers and is a Hex Deltaic Region with several river basins and several deltas. The beaches of this place are loved by all the visitors.

The central part of Orissa is packed with a mountain range belt. The famous Eastern Ghats or the Eastern Mountain Range runs from the northeastern end of the state to the north western. The belt consists of high and low mountains and is an ideal location for indulging in trekking or mountain climbing. The average height of this region is about 900 meters above sea level.

Puri is a town situated along the long coastline of Orissa and it is a perfect blend of madness and inspiration. The famous Jagannath temple is a very important temple and is of great religious significance.  However, the beaches of Puri are totally different and take you away from the world of ringing bells. The beaches remain empty during most of the time and have been marked by the settlement of numerous resorts. The soothing and clear water of the beach is enriched with aquatic life and fine golden sands lining the shore of the beach make it a perfect place for evening walks. Swimming and sun bathing are common activities during the day.

Bhubaneshwar is the capital city of the state of Orissa and is a house of temples that belong to the glorious ancient history of India. A temple that is around 800 years old stands in the middle of this developing and congested city. The city of Bhubaneshwar is a perfect blend of old and the modern day era. On one side are the historical monuments and temples whereas on the other lies the industries and the symbols of being part of the modern day world.

The famous Sun Temple of Konark is the largest and most ancient temple of India. This beautiful and massive temple was constructed in the 12th century and has been declared as a World Heritage Site by UNESCO.

The entire temple is composed of a large chariot with twelve wheels, which is being drawn by fourteen fierce horses. The temple also exhibits a few statues and paintings on the walls of the second level of the temple. Despite the obvious erotica, visitors tend to explore the lyrical and poetic values of these statues. 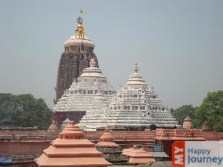 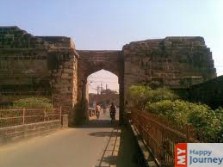 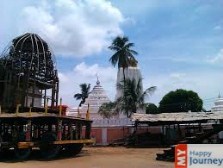 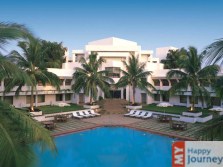 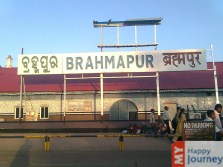