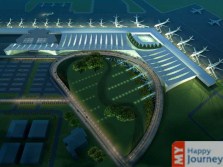 Kolkata is one amongst the four major urban cities in India. Like other cities it offers equally a very wide variety of charm and activities of various interests to its visitors. This city is an example of British Colonial rule and its great architectural designs and patterns of the early eighteenth-nineteenth century. With the gradual rise of Bengali nationalism the city of Calcutta was renamed to Kolkata.

From the time of independence large scale migration of refugees led to a lot of infrastructural changes in the city during the twentieth century. Mother Teresa and her works had socially highlighted the condition of poverty of the people of Kolkata during early times. People still believe that issue of migration has not resolved and stands still there. It is the city’s infrastructure and construction to be blamed that hold the visitors there unmoved.

The city is expanding rapidly in spite of chaos and traffic issues, with shopping complexes and malls and theatres coming up all across the city. But with development there has been a rise in air pollution within the city that has been regarded as the worst in the world and that needs to be monitored.

The culture of Kolkata is very rich; Bengalis held a pride in their heritage and art and often recognize them as the intelligentsia of India. The city has many galleries and museums and has Bengali theatres as well which ware brought to notice by the very famous, Satyajit Ray.

The grand structure of Victoria memorial and St Paul’s Cathedral as well as the amazing Indian museum are one of the ancient and historic pieces of art and archaeology and are amongst major tourist attractions of this city.