Jammu and Kashmir located in the extreme north of India is adorned with the mighty Himalayan Range. It has mainly three regions, Jammu, Kashmir Valley and Ladakh. The state has two capitals, with Jammu being the winter capital and Srinagar as its summer capital. Over the years, Jammu & Kashmir has become a major tourist destination in Northern India. At present, majority of the population in Jammu & Kashmir are Muslims. Almost 80 percent of the population practices Islam, though there are other minority communities, which include Hindus, Buddhists, and Sikhs.

Brief history of Jammu and Kashmir

Jammu and Kashmir has reference in the Nilamata Purana that elucidate that the Valley originated from the waters, a fact which has been confirmed by eminent geologists. The name of this Valley derived as an assimilation of two separate words, ‘Ka’ which means water and ‘Shimir’ which means desiccation. Thus, Kashmir stands for ‘a land desiccated from water’. The state of Jammu and Kashmir came into being as the single political and geographical identity following the Treaty of Amritsar signed between Maharaja Gulab Singh and the British government. This treaty was signed to hand over the governance of Kashmir state to the Dogra ruler of Jammu, with Maharaja Gulab Singh as its monarch. The state of Jammu & Kashmir was one of the 565 princely states of Indian Union. After the country gained Independence in 1947, the supremacy was transferred to the people of India, while the rulers of these princely states were provided an opportunity to join either of the two territories – India or Pakistan.

Strategically positioned, the state constitutes to the northern most part of India, and it is bordered with sovereign Kashmir to the North and West, Himachal Pradesh to the South, China to the East and Northeast, and Pakistan to the Southwest. It has a total area of 22, 22,236 square kilometers. The state ranks as 6th largest in terms of area and 17th in terms of population. Jammu & Kashmir has diverse and rich flora and fauna, and is home to varied species of wildlife.

Culture of Jammu and Kashmir

Jammu & Kashmir has a distinct and unique culture that emerged and influenced various religions that subsist in the state. Dumhal is a popular dance form of Kashmir, performed by male members of the Wattal province. Women practice various dance forms, such as Rouff. Some of the major festivals of the state are Gurez, Baisakhi, Lohri, Khir Bhawani, Saffron festival, Tulip festival and Amaranth Yatra. The Dogra community has quite a few similarities to Punjabi culture. Ladakh is renowned for its Buddhist culture in Gompas. Buddhist festivals and Tibetan cuisine make the culture completely diverse from that of Jammu and Kashmir.

Tourism in Jammu and Kashmir

The state invites tourists from all over the world to explore the exotic valleys, snowy peaks, and icy rivers. Owning to the pleasing climate and its scenic landscapes, it is termed as ‘Heaven on Earth’.  Kashmir is popularly known for its spectacular mountain backdrops and plush green valleys. Jammu attracts a huge flock of tourists and pilgrims all throughout the year. Ladakh is popular for its mountainous topography and Buddhist monasteries and culture. 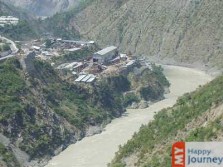 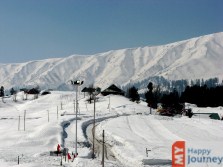