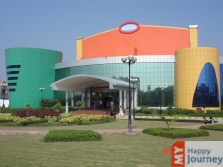 This city is placed on the banks of river Ganges, where Kanpur is known as one of North India's industrial and commercial city with its historical and religious importance.

Wrapped with noble and divine tales, its name itself has a famous story in one of our great epic, Mahabharata, that is why, it was formerly named after Karna and was called as Karnapur and soon came to be known as Kanpur.

Today, besides a gradual rise as an emerging Industrial hub, Kanpur is also a home to several institutions, including an IIT-Kanpur, CSJM University, Harcourt Butler Technological Institute and Dr. Ambedkar Institute of Technology (AITH) being located here.

Kanpur is the place for those who love trying different kind of food. The city has numerous shops serving biryani, chat, samosas, pani puri, burgers etc. For a variety of multi cuisine eating place, tourists can visit the local market, the sarvodaya nagar and swaroop nagar are the most famous eating hub. Kanpur is famous for its pan and has queues of pan hawker selling delicious and different style pans.

Being one of the busiest monetary of Uttar Pradesh, the city welcomes tourists in huge numbers all through the year. Apart from playing a stellar role, people here celebrate holi and Indian festivals with immense joviality and enthusiasm. Along with this Kanpur commemorates a lot of colorful fest, especially in the spring season starting from February to March.

Kanpur experience humid subtropical climate resembling that of the climate of Delhi and with maximum fluctuation of temperature, thus for those who plan a visit Kanpur October to March, has pleasing climate with breezy weather and ideal for holidaying at Kanpur. 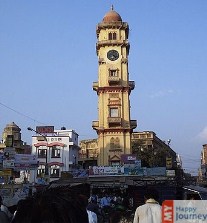