Jharkhand was carved out from the southern region of Bihar and became a separate state in the year 2000. Jharkhand is largely an industrial center, which houses the famous steel city of Bolkaro. The state has all the potential to become the largest steel producing hub of India, as it has all the essential minerals required for steel production. Jamshedpur is another prominent city in Jharkhand, which has greatly helped in uplifting the economy of the state. Jharkhand shares its boundary with Bihar in the north, Orissa to the south, West Bengal to the east and Chhattisgarh and Uttar Pradesh to the west. Some of the major cities and industrial hubs are Bokaro, Jamshedpur, Gumla, Giridhi, Deogarh, Dhanbad and Hazaribagh. Jharkhand is popularly known as Vananchal, an integration of two separate words ‘vana’ and ‘anchal’ which means ‘land of woods’.

During the epoch of the Mahajanpadas dating back to 500 BC, the country witnessed the evolution of 16 large provinces that had authority over the Indian subcontinent. For a larger part of the Vedic era, Jharkhand remained integrated into these territories.

A major part of Jharkhand is located on the Chota Nagpur Plateau, which is source to many rivers, such as Damodar, Koel, Brahmani, Subarnarekha, and Kharkai, whose higher watersheds lie within the state. Bigger portion of the land is covered by thick forests. There are forest reserves and sanctuaries for protecting tigers and Asian elephants. Jharkhand has dry soil formed from the degeneration of stones and rocks. The weather is pleasingly cool in most parts of the state, especially in Ranchi, Dhanbad, Gumla, and Netarhat. The state has very rich assortment of flora and fauna. The zoological Gardens and National Parks strewn across the state present a good panorama of this diversity.

Jharkhand traces a tradition of tribal society, while remaining unruffled by the trend of modernization. The local residents strive to keep the ethnicity and originality of their culture intact. Whether it is music, art, dance, lifestyle, the people of Jharkhand remain the torchbearers of their cultural tradition. Folk spirit defines the distinct features of culture and better still it portrays the art and handicrafts of Jharkhand. Wooden artworks, bamboo crafts, Paitkar paintings have huge demands all over the domestic and international markets. Masks, better known as ‘tamasik’, are specialty items that are crafted by expert hands, representing the ethical expression and passions. Folk music and dance are integral part of Jharkhand culture. Paika is a famous martial dance popular among the Paika community. Other famous dance forms include Matha, Jamda, Sanathal Chaw, Nachni, Agni, Jadur, Natua, Choukara, Sohrai, Ghatwari, and Lurisayro.

Over the years, tourism sector in Jharkhand has been a thriving industry, with emergence of shopping malls, and entrainment zones. Jharkhand is perfect destination, where one can find a mix of nature’s pride and heritage of the glorious past. Many of these tourist places are located in the lap of nature. Beautiful waterfalls attract numerous tourists. The Betla National Park attracts tourists from all over the country, as it houses some rare species of birds that migrate here during the breeding season. Other famous national parks include the Hazaribagh National Park, Dalma Wildlife Sanctuary, and the Jaivik Udyan. There are beautiful gardens and parks especially in the industrial belts to check pollution. The tourism industry is flourishing, considering the innovative projects that are coming up to make the state tourism friendly. 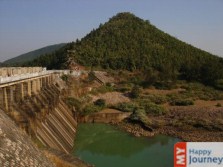 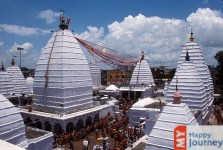 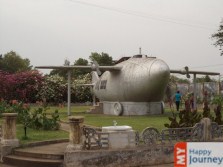