Gujarat, located on the Western coast of India, shares its boundary with neighboring states of Madhya Pradesh, Rajasthan and Maharashtra. It gets its name from the word ‘Gujaratta’ which means the land of the Gurjars. The Gujjars or Gurjars are descendants from the Suryavanshi Kshatriyas or the Sun dynasty. Gujarat has lot of attractions to enthrall tourists. A huge flock of people visit Gujarat to become part of its colorful festivities and events. Right from rugged deserts and pristine sun kissed beaches to colorful festivities and cultural traditions, tourists can find all these and more in Gujarat. It is the magnetism of Gujarat that lures people to visit and explore it.

Gujarat is situated along the Arabian Sea, covering a coastline of around 1596 kilometers. It includes the Union territory of Daman and Diu, and shares it boundary with Pakistan and Union territory of Dadra and Nagar Haveli. Gandhinagar, the capital of Gujarat, is located on the west-central India, along the banks of the famous Sabarmati River. The city was designed into thirty residential sectors, in a style similar to the famous works of French architect Le Corbusier, who planned the city map of Chandigarh.

The evolution of Gujarat is found in mythology. According to Hindu sacred manuscripts, Lord Krishna, along with Balarama, deserted Mathura and migrated to Kushasthali, which is now known as Dwarka and thus it was the birth place of the Yadava dynasty. Dwarka later on became one of the four ‘Mathas’ or Seats founded by Adi Sankaracharya.

Gujarat culture is a mix of varied ethnic folks. Almost one-fifth of the total population comprises tribal and aboriginal communities. Foreign invaders, such as the Chalukyas, Moguls had hardly influenced the Guajarati culture. The ethical traits of the tribal populace, which includes Koli, Dubla, Gujjars, Naikda, and Bhangi, are greatly infused in Gujarati culture. The cuisine of Gujarat is worth trying. Most of the Gujaratis are vegetarian and Khichdi and Chaas are the staple foods. Cuisines like Thepla and Dhokla are quite popular across the state. 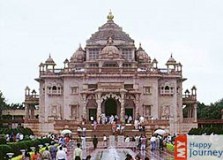 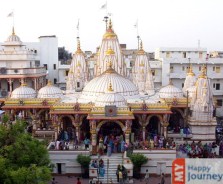 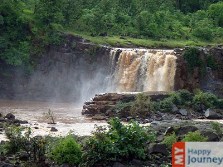 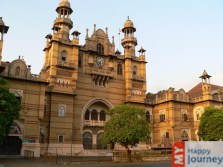