Rock bottom rates as we are wholesalers

Awarded as best travel company in 2014

Cochin Honeymoon Packages (45 Reviews, 4 out of 5) 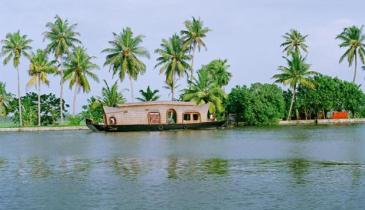 Located at the historic Fort Cochin, this 3Star hotel is just across from…

Explore ‘Queen of the Arabian Sea’ with Cochin Tour Packages

Cochin or Kochi is a vitalport city on south-west coast of India. Located by the Arabian Sea, the city comes in the Ernakulum district of Kerala. It is also called as the Queen of the Arabian Sea. Kochi was a major spice trading centre on the western coast of India in the 14th century. The city is home to the Cochin Stock Exchange which is the only stock-exchange present in Kerala and is also referred as the commercial capital of Kerala.

Cochin holiday packages showcase several tourist attractions present in the city. In case you are thinking of gifting a honeymoon package to your loved ones, then Cochin honeymoon packages are surely the best choice. The city has chain of lagoons called the Backwater of Kochi that lay parallel to cost of the Arabian Sea.  The Vembanad Lake offers a compelling view too. Honeymoon packages in Cochin also exhibit the Marine Drive, a walkway built facing the backwaters. The place is a famous hangout for tourists.

Tourism in Cochin is a great experience and with so much to offer, the city is certainly popular among the tourists of all age group. So, go for a Cochin vacation with your family and know more about the trade history of India along with a fun-filled trip.