Chandigarh is undoubtedly the best planned city of our country, with world famous architecture and a quality of life which is incomparable; this is surely a city of which everyone dreams of. Being the capital of two states of India, Punjab and Haryana, this Union Territory is an exalted city. A symbol of modern India, Chandigarh is the expression of a reverie that Pt. Jawaharlal Lal Nehru visualized and Le Corbusier implemented.

Tranquillity and vivaciousness are two entirely contradictory concepts, which conversely get together in this beautiful place. Chandigarh is a typical embodiment of transformation synchronized with nature conservation. The trees and plants have been given equal importance in the construction plan as the buildings and roads. India’s first premeditated city is an affluent, flourishing, spic and span, jade city accurately called “THE CITY BEAUTIFUL”.

Newfangled hotels, malls, coffee bars and other air-conditioned retreat zones, along with the city’s straight, sparkling roads are mainly catering to the modern young Indians who like to relish the luxuries of modernity without letting go of their glorious culture and values.

Picturesque beauty of this city mesmerizes everyone visiting this place. The main tourist attraction of the place is the only one of its kind garden called Rock garden, which showcases superb works of art made by using waste like porcelain, metal wires, play marbles & broken bangles etc. Apart from this there are many more places to explore in and around Chandigarh which include a man-made lake Sukhna Lake,  Leisure Valley, Museum of evolution of life, Bougainvillea Park, Gurdwara Nada Sahib, Mansa Devi Shrine and many other places. 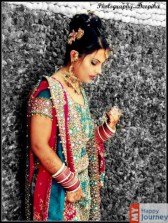