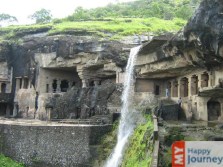 A city with great historical importance, it was named after the Mughal ruler, Aurangzeb. The word Aurangabad actually means “Built by the Throne”. It is a popular city not only in Maharashtra but in the entire country, because it has Ajanta and Ellora caves, which are the finest example of the amazing work of yesteryears and thus are also declared as a World Heritage site by UNESCO.

It was the year 1681, when Aurangzeb used this place at his base for the campaigns, after he became the Emperor. When he died in 1707, his tomb was built in Khultabad, which is a place near Aurangabad, and it is also a popular tourist spot.

The predominance of Mughal influence can be seen in Aurangabad, in the form of monuments. One main monument which allures tourists the most is the Bibi-Ka- Maqbara, which is the replica of Taj Mahal in Agra. As the name suggests, this is the burial chamber of Aurangzeb’s wife. On your visit to the monument you can also have a glimpse of history in the small archaeological museum there.

Aurangabad was not only a place for monuments, as there is sufficient evidence that it was a merchandising hub as well, about four centuries back. As it lies on the major trade route, “Silk Route”, thus it was a city of great importance in history. Mughals left their mark in the handloom industry of Aurangabad as well. Till date it is the best place to get the finest quality of the Himroo, Mashru and Kimkhab shawls. It is the place which allures tourists with a large variety of items.

For ladies, it has Paithani sarees to flaunt, along with which you can also get semi precious stone jewelry. People who have a fascination for art, the city offers them some of the finest art of India, which is the Bidri art, a product of iron, copper and other metals. 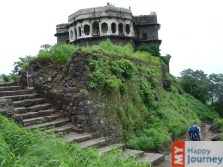 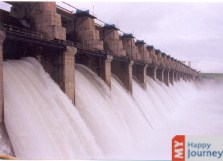 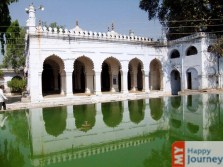